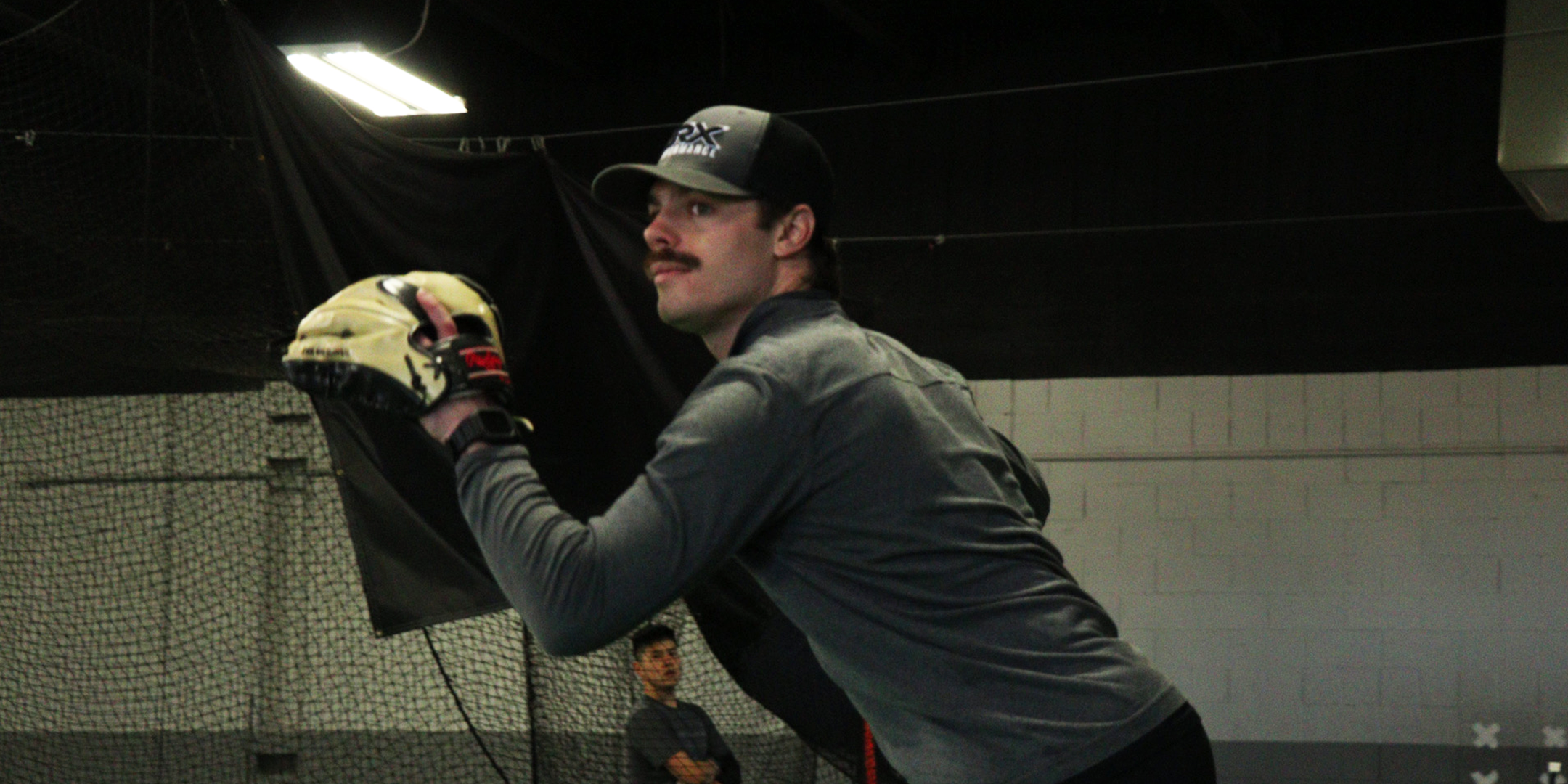 Just like our advice for infielders, the outfielding portion of a showcase is where strategy plays a critical role.

Most baseball players don’t realize that they need to be focusing on showing off different elements of their game with different throws.

This guide will go into further detail on the strategy mentioned above and some tips and tricks for dominating the outfield portion of a showcase.

We’re firm believers that most outfielders, like infielders, under-shoot their actual throwing velocity by 3-5 MPH on showcase day simply because they’re trying to do the following all at the same time:

Ever heard of the phrase “He who chases two rabbits catches neither?”

By focusing on all three at the same time, you do none of them optimally.

Here’s the point: focus on ONE of the three elements at a time so you can show a college coach in attendance or looking at your online profile everything you have to offer.

This brings us to our first tip: throw as hard as freaking possible! Let it rip!

Worried about overthrowing the cutoff man or not having your throw be directly at second or third base? Don’t be – at least for your first two throws.

Nearly all showcases that record video rarely ever have the camera pan to the base that the outfielder is throwing to – it’s often kept on the player himself.

For this reason and the fact that coaches aren’t going to make final judgments on your accuracy based on five throws on one day, you have one mission with your first two throws: throw as hard as you possibly can.

Here’s one thing a coach will make judgments on: your arm strength. This is because throwing velocity fluctuates a lot less on a daily basis than accuracy.

Here’s another reason why you should focus on nothing other than throwing as hard as possible for your first two throws: if most of your throws are 84 MPH but you have one throw at 88 MPH that missed 20 feet to the right of third base, guess what number goes on your online profile for OF velocity?

1. Mental Approach For Throws 3 And Beyond: "Actions And Smoothness"

Now that you’ve thrown a couple all-out, it’s time to make a complete shift in focus to what coaches and scouts refer to as “actions.”

“Actions” is a term that encompasses smoothness, quick transfer/release, fluidity, athleticism, etc. Think of this as the “eye test.”

Due to the fact that the outfield velocity listed on your online profile is your best throw and not an average of all of your throws, throwing as hard as possible is no longer your ultimate concern.

Several of the tips and tricks discussed in the rest of this guide will go over how to improve your “actions.” With that said, it’s nearly impossible to explain optimal outfield actions without video demos. If you haven’t already upgraded to the BRX Showcase Secrets Course to get video tutorials of everything listed in this entire guide, we highly encourage you to do so!

2. Start In A Quarter Squat Position 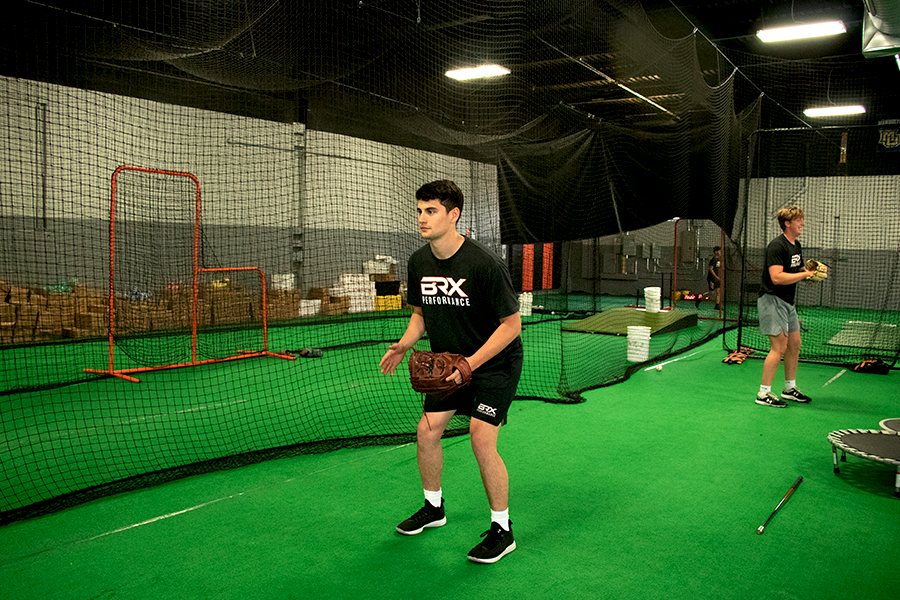 Nothing looks worse to a coach than an outfielder who stands completely upright with flat feet when the ball is about to be in play.

Make sure you’re making a good first impression by looking like an athlete. In this case, get in a quarter squat position with the weight on the balls of your feet.

When you see the fungo hitter begin their motion to toss the ball into the air, start taking small steps forwards – while staying in the quarter squat position – to make sure you’re on the balls of your feet.

This will allow you to change directions quickly, depending on where the ball gets hit.

4. Ground Ball Approach: Sprint Up To The Ball And NOT Slow Down

We’ve said it several times throughout this guide and we’ll say it again: the more momentum you have when you throw, the higher the resulting velocity.

We get it, you don’t want to make a fielding error on showcase day. Guess what the worst thing that happens is if you misfield a ground ball?

5. Ground Ball Approach: Rip The Glove From The Ground Up To Your Ear

This is one of the “actions” that coaches are looking for.

When a coach says an athlete has a quick transfer and release, this is the process that they’re referring to:

Your goal is to do this process as quickly as possible, and it starts with the time between numbers 1 and 2.

Think about explosively and quickly bringing the glove from the ground to your ear in as little time as possible as you stand up.

6. Fly Ball Approach: Give Yourself Room To Be Running As You Catch The Ball

This is definitely something that takes practice, patience, and confidence.

With that said, mastering this skill can have a huge impact on a coach’s opinion of your outfielding ability on showcase day.

Most outfielders play it safe by running to the ball, camp under it, and catch the ball at a stand-still. This kills momentum and will drastically reduce your throwing velocity.

On a fly ball that doesn’t require you to run a considerable distance, backing up to give yourself enough room to be RUNNING as you catch the ball will have an enormous impact on two things:

Again, this takes practice and experience, but if it’s utilized effectively, makes a big impact on showcase day.

7. Throw Low To The Ground

Think back to the tip we discussed for exit velocity of hitting a lower line drive in the same plane as the radar gun.

Now think about the fact that the radar gun for the outfield velocity test is generally on a tripod or being held by a six-foot-tall human being at shoulder height.

For these reasons, it’s important to know that the lower your throw, the higher your throwing velocity will be.

Of course, you don’t want to throw a ground ball towards your target, but the objective here is to throw the ball no more than 5-10 feet off the ground if you want to maximize your throwing velocity reading.

This has the additional benefit of being able to be cut off by a cutoff man, which is only a positive for a coach or scout who’s watching your performance in person or online.

We realize this is easier said than done, but it’s important to discuss the fact that airmailing an outfield throw is going to kill your velocity – even if it makes it all the way to the base. 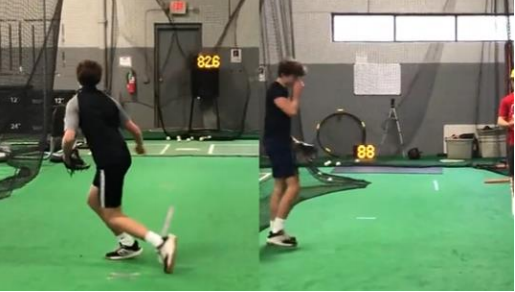 Not sure how to complete a particular drill on your program?

Click Get Started buttons on this page to try BDS free for 7 days.

How To Warm Up Before A Baseball Showcase

Mobility and Warm Up If you’re skeptical as to whether or not the proper warm up can have an impact...
Read this article

60-YARD DASH Although improving a 60-yard dash takes time, there are some useful tactics that can...
Read this article

Infielding The infielding portion of a showcase is where strategy plays a critical role.
Read this article